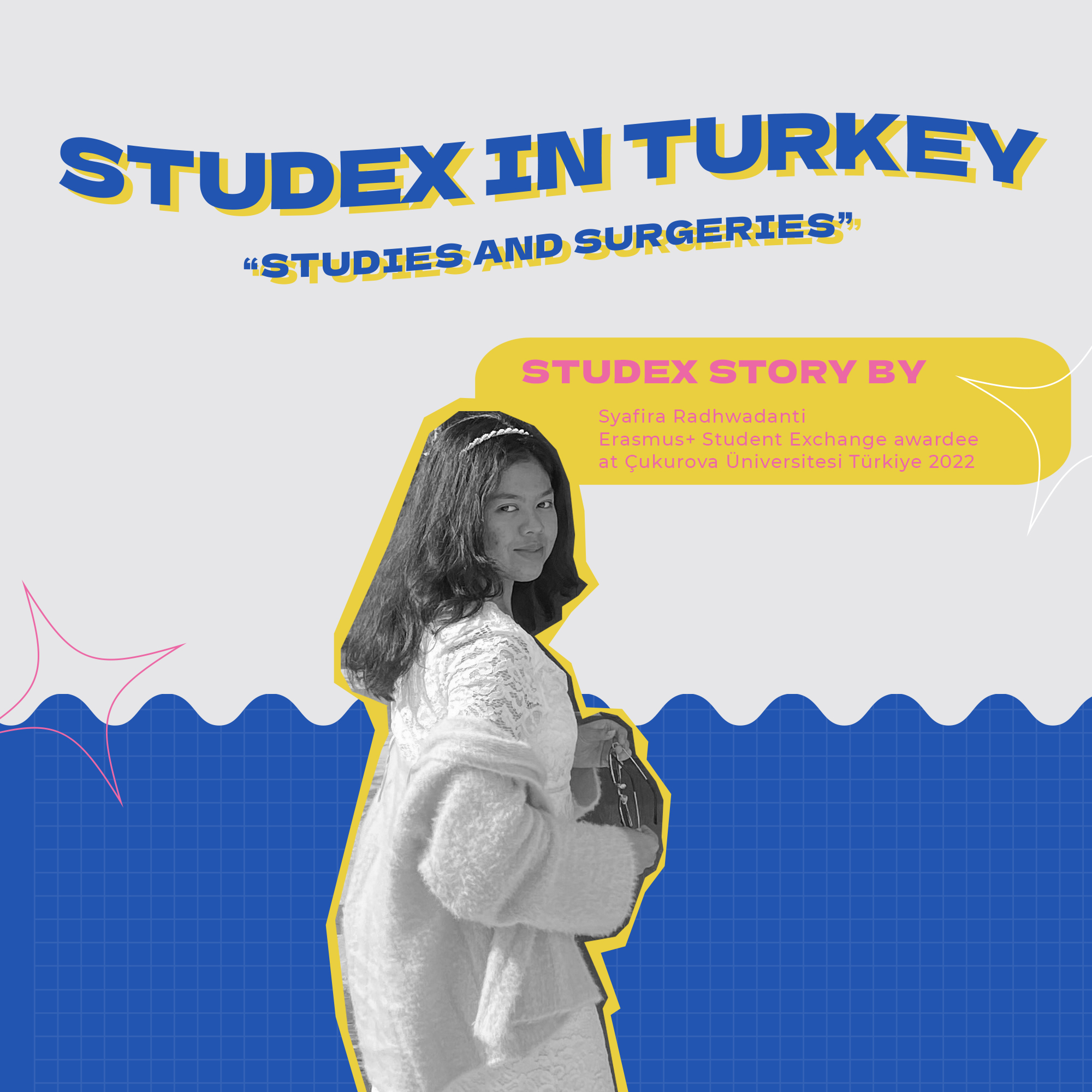 My name is Syafira Radhwadanti from faculty of medicine University of Indonesia year of 2019. I joined a student exchange program that was started from February Until July 2022 under Erasmus+ program at Çukurova Üniversitesi, Adana Province, Turkey. I got information about this scholarship through the University of Indonesia International Office. I was so excited to apply this program because not so many opportunities are open for medical students in general. When I got the information, I maximized my preparation such as English preparation, documents preparation and reread medical subjects that had correlation with subjects that I took.

The experience of international friendship was the first thing I got and was very memorable in my exchange story to Turkey. When I first received the Letter of Acceptance, I was immediately contacted by a peer student or student’s buddy who helped me adapt in the early days of my presence in Turkey. Most of the Turkish people are very friendly and helpful, especially students who are members of the Erasmus student network Çukurova Üniversitesi. The place where I lived was a special kind of apartment for doctoral students, specialists, or exchange students. I made many friendships with other students there like native Turkish, other Erasmus students, and other International students. In fact, I was able to establish further friendships after I returned to Indonesia. I very enjoyably spent the month of Ramadan there, because I got to know the culture of many countries of fasting in the month of Ramadan. When I was there, I celebrated two Islamic special days, namely Eid Fitr Mubarrak and Eid Adha Mubarrak. Even though I am far from my family, I feel like I have a new family here. 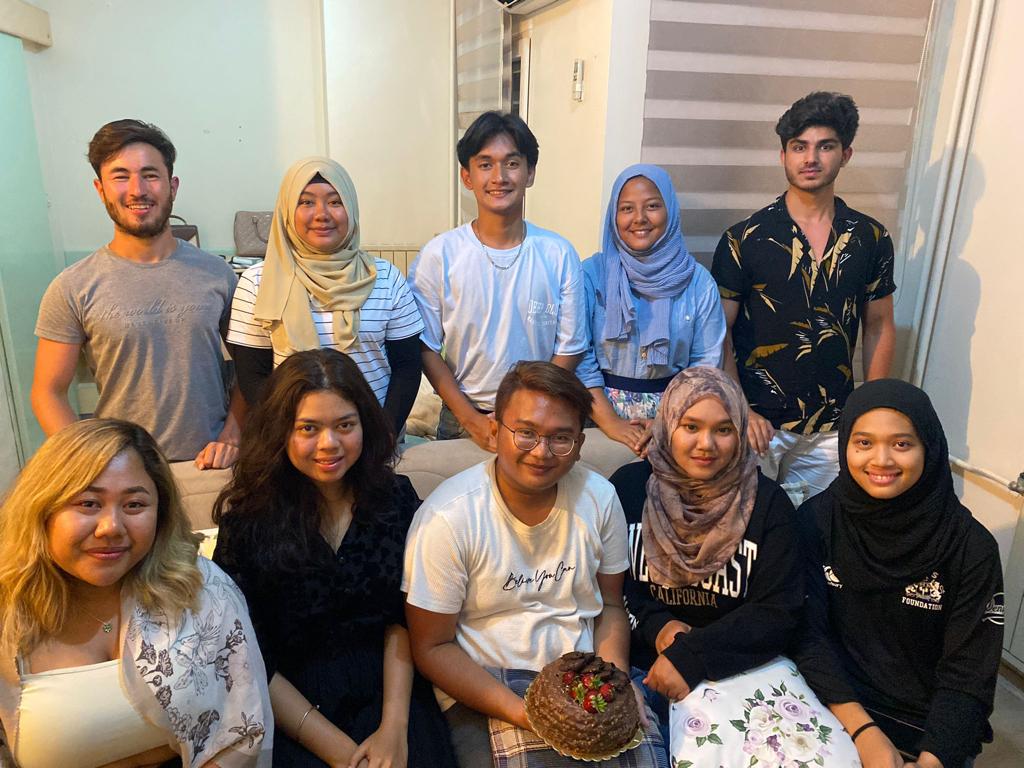 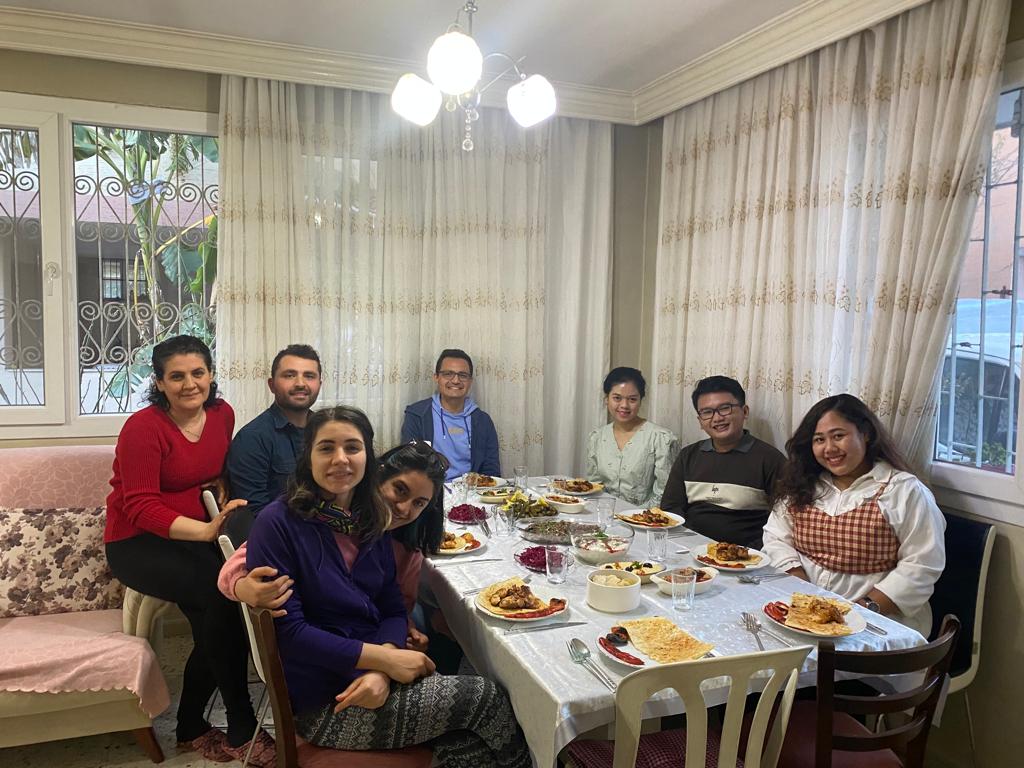 The most important part from this exchange is medical experience. I became an Erasmus student In Balcalı Hastanesi, Adana which is part of the Tıp Fakültesi (Faculty of Medicine Çukurova Üniversitesi). I followed direct learning in the hospital in the polyclinic, inpatient room, and surgery room. The fields of medicine that I took were pediatrics, dermatology, internal medicine, urology, radiology, and neurosurgery. I had to attend to the hospital every Monday to Friday from morning to evening. Everything was taught in English, although communication with patients was done in Turkish. I studied at the pediatrics station for two months. I learned a lot and met patients with very rare diseases in the world. With this I can compare the health system in Indonesia and in Turkey. In addition, I had the opportunity to meet great professors in the subspecialty of pediatrics who taught me and my colleagues meticulously well. I learned a lot especially in pediatric metabolism, endocrine pediatric, urology and nephrology pediatric, also emergency in pediatrics. I am often involved in the physical examination of pediatric patients. Another most fascinating experience is my experience involved in various kinds of surgery in the field of urology and neurosurgery. I learned a lot of cases and I was involved in several cases, especially in neurosurgery. In other fields such as dermatology, internal medicine, and radiology, I have learned a lot from resident doctors. And the cases they have are more or less the same as the cases in Indonesia. 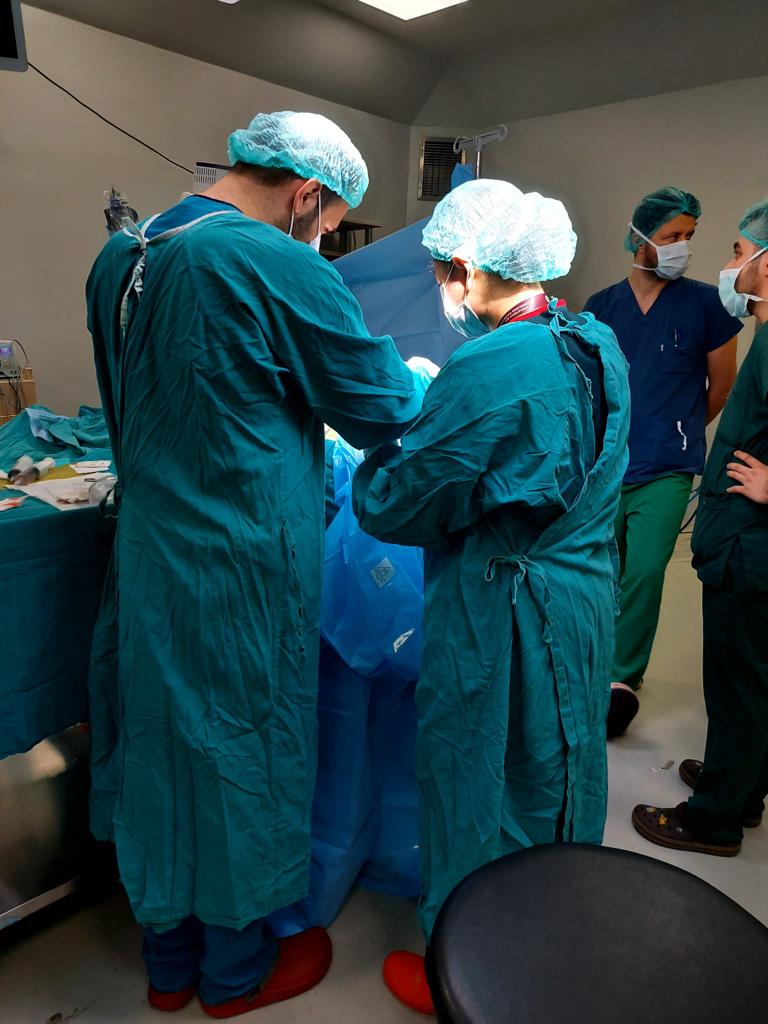 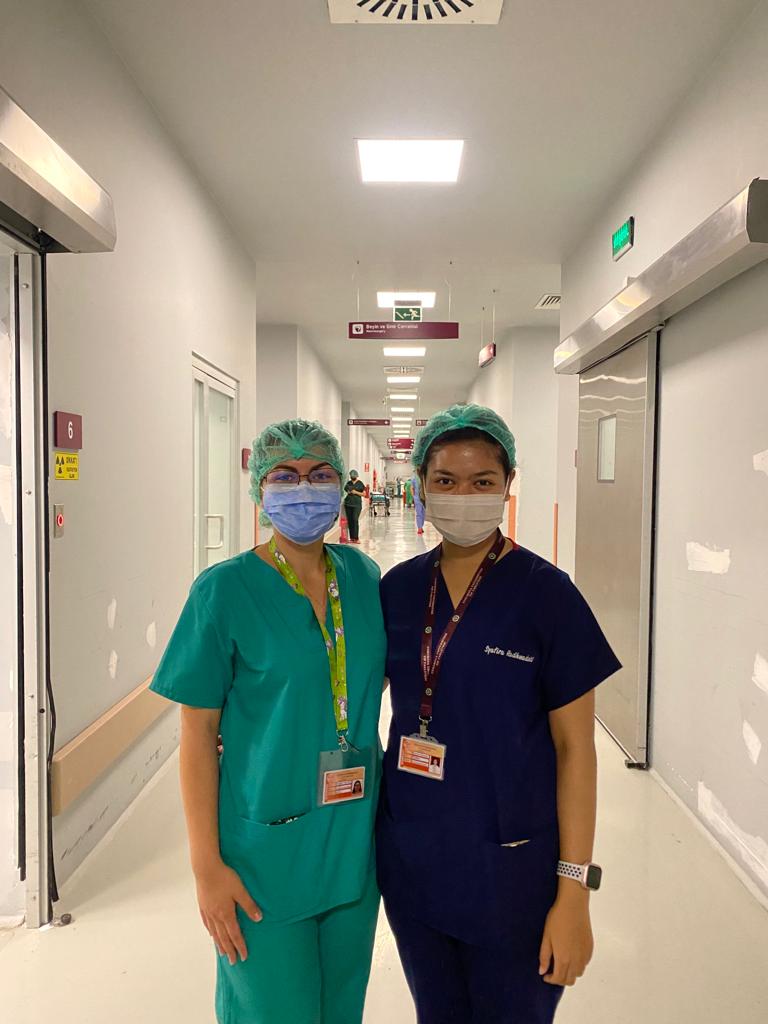 During the activity there, I also had dinner with the rector Çukurova Üniversitesi who is a doctor. In addition, I also get to form relationships between medical students and become a representative of Indonesia. I can learn Turkish culture and another country’s culture too. Two of the very good events are International food day and Excursion. On International food day me and two other Indonesian representatives cooked chicken with grated coconut and spring rolls (lumpia). All Erasmus students also had excursions to Hatay and Nevsehir or more prominent are being called by Cappadocia. My friends and I could also travel around Turkey with its culture and ancient remnants of the prophet. 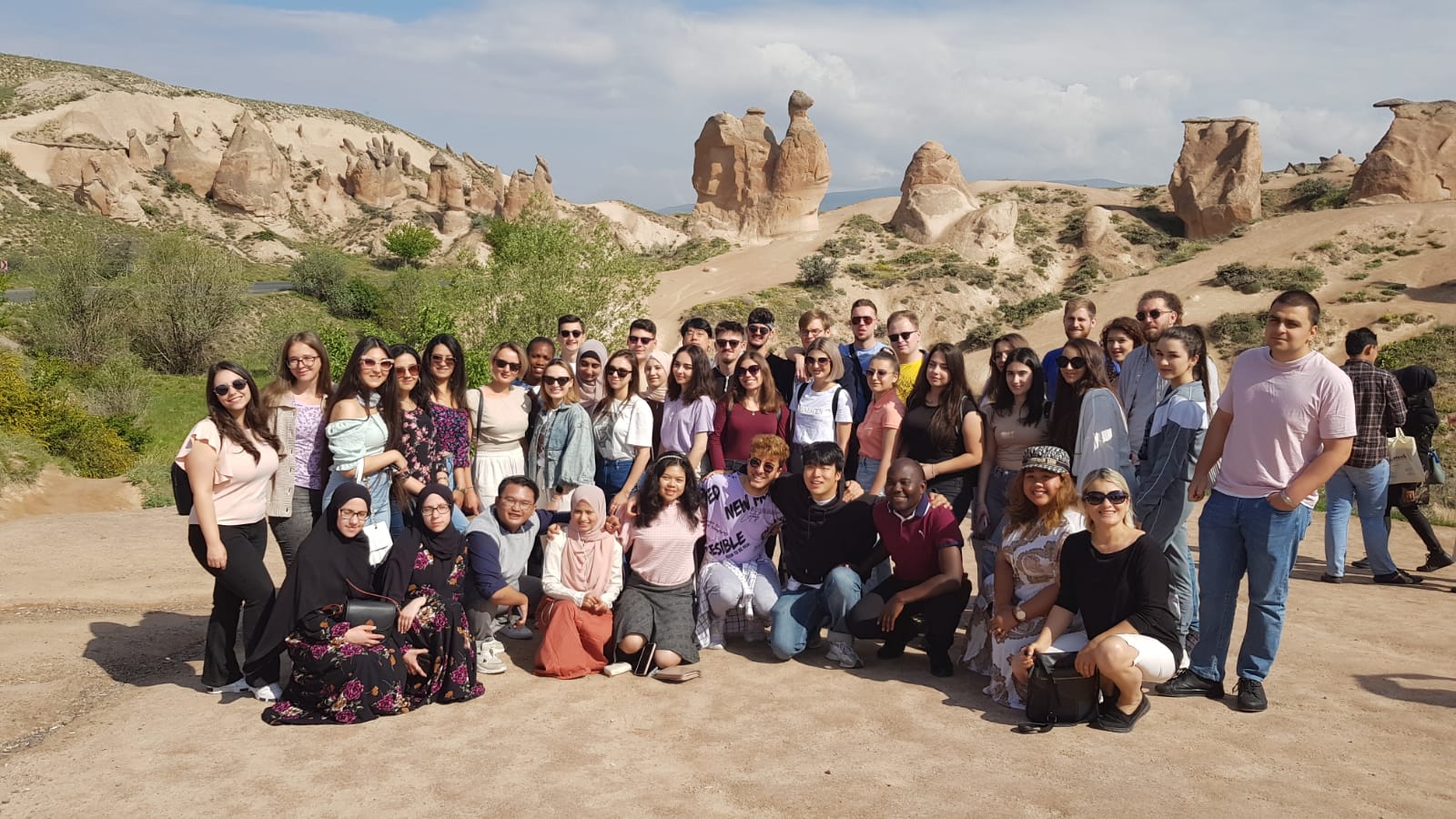 I got a lot of positive things from the student exchange activities held under Erasmus+. I can learn more about my medical science, meet new family, make international friends, be more tolerant, and become more independent. I can learn new languages and new skills. Thus I recommend other students to be able to take part in this activity.