Living in a SKY-high Dream: A Student Exchange Experience in South Korea

Living in a SKY-high Dream: A Student Exchange Experience in South Korea

Cherry Blossoms, SKY University, and Beyond the Standard Definition of Success: A Student Exchange Experience at Yonsei University, South Korea

As I’m reflecting on the last nine months of my life living in Seoul as an exchange student at Yonsei University, I smirk a little thinking of why did I have to second guess myself when deciding to take the opportunity to study in a center of the world pop culture for two semesters–not that it was easy to get the offer, I worked hard for it, but I doubted myself of the opportunity because I thought enrolling in two semesters program means, in my case, I will graduate two semesters late. Spoiler alert: I did not regret the decision at all. Throughout this writing, I will share a glimpse of my story before I finally anchored myself to that conclusion. 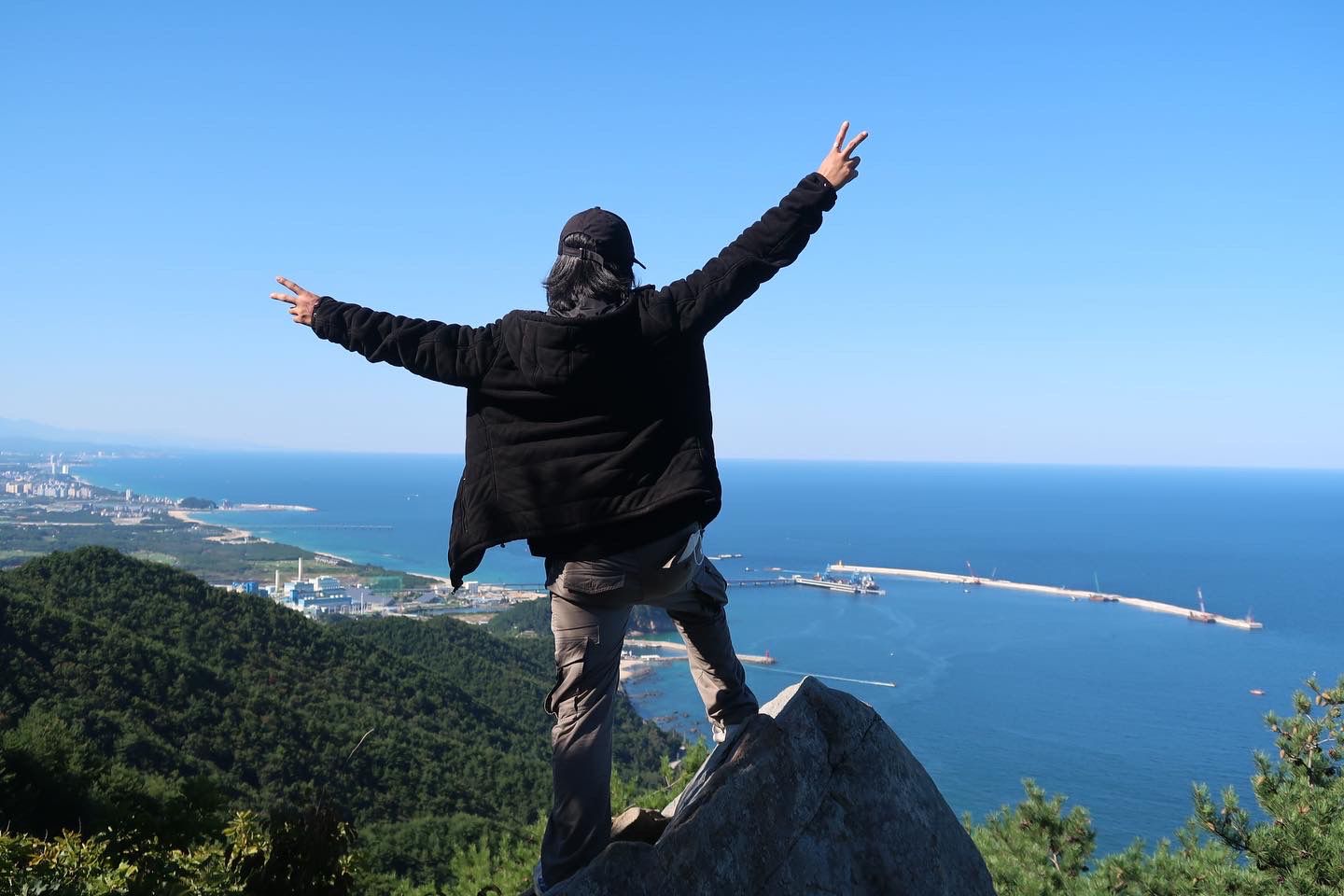 About the Cherry Blossoms and Living in the Present

I arrived in the country known for its music and dramas in February 2022. Through the bus window that was taking me to my quarantine housing, I could see a glimpse of Seoul. The color of everything was somehow different from Indonesia. It feels like they are using a pastel color palette–a friend from the UK agreed with me on that. As I was witnessing the beautiful scenery, I promised myself one thing: don’t waste time, I have to study really hard for the sake of a better future and to pay off the time I ‘sacrificed’ here when instead I could just graduate already and kickstart my career.

I was loyal to that promise for quite a while. I studied so hard, and spent most of my time inside my room, dreaming of the glimmering future I would achieve. It was until one time when I had to go out of my room to the convenience store that I changed the way I perceive life forever. Instead of getting the snacks I initially thought of buying, I stood in awe at all the thousands if not millions of cherry blossoms petals raining down, coloring the city with bright pink­­­­–it was the beginning of spring. I started realizing that, while the future is definitely important, I am also living in the present: today is also a part of being alive. It’s so ironic that the 22 years of my life have been spent for tomorrow. If I didn’t realize it soon enough, I might be 55 and still focusing on the ‘future’ and never actually living. So, I broke my promise that day.

Disclaimer: I am not sharing this to encourage you to abandon and stop working on your dreams. Instead, to let you know that it is okay to live with balance. That it is possible to achieve your dreams while enjoying your present. From that day, I start to schedule not only time for productivity but also time for leisure. Time for studying and also time to travel, spending time with my lovely friends. I’ve never felt so alive. As of today, I could say that I know Seoul better now than I know Jakarta. And ironically, I visited more cities in the last 9 months in South Korea compared to my 22 years of living in Indonesia. It’s not that I prefer Korea more than Indonesia, but it’s because I learned that lesson here (I’m looking forward to seeing more parts of Indonesia when I’m back later!). 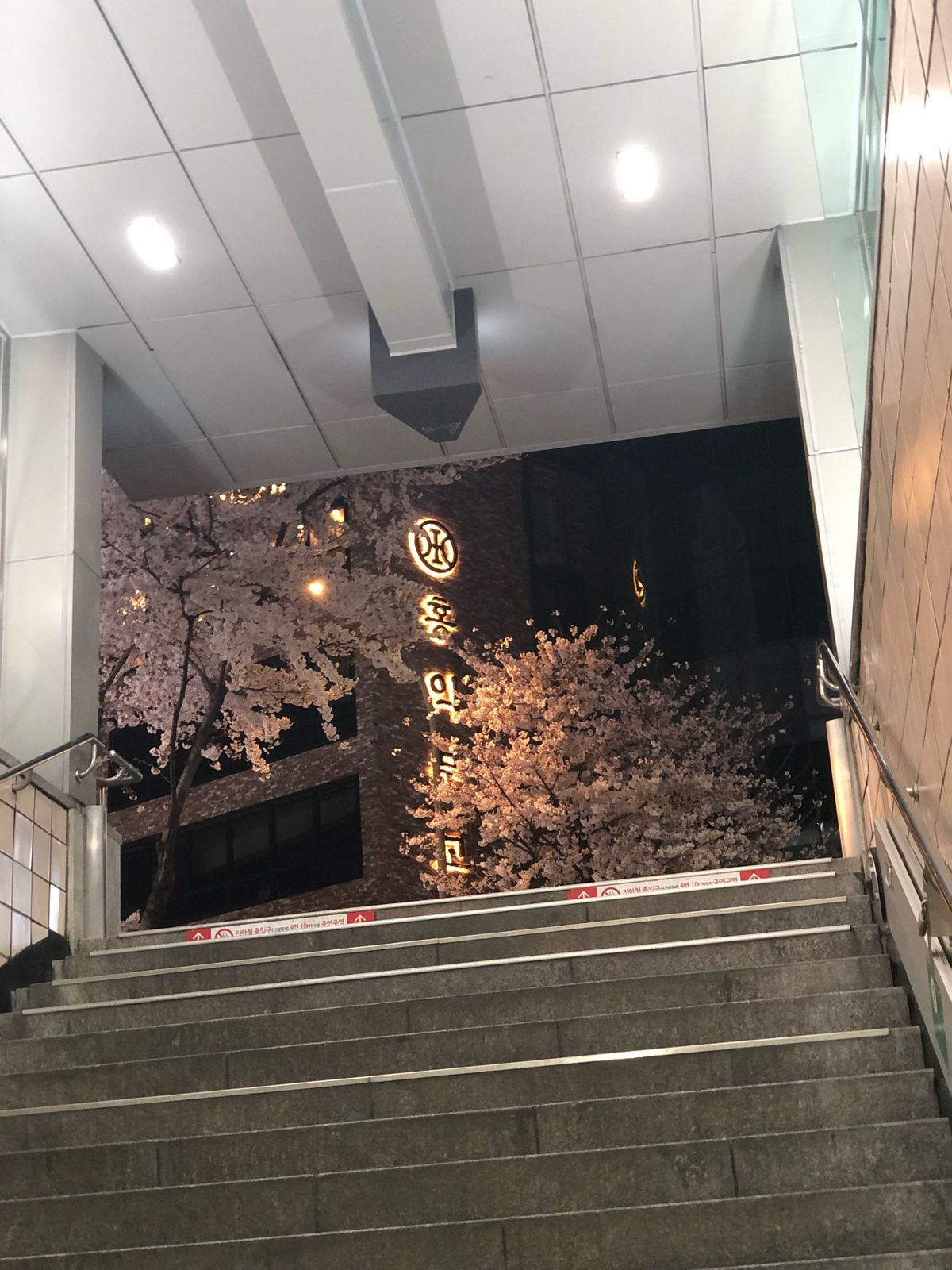 It might sound counterproductive but it’s true in my case: when I organize my time not fully for studying, I became more productive. The reason is when I have a variety of activities to do, I learned how to manage my time, finish my tasks more efficiently, and not be immersed in them, trapped inside my unrealistic strive for perfection. When I have more time to do other things, it also made me less stressed and therefore makes studying more enjoyable for me. In this part of the article, I will share how I enjoy and appreciate studying at the university I’m enrolled in.

I was humbled that I got the experience to study at Yonsei University, one of the SKY universities that are known for their excellence in South Korea. When one article wouldn’t be sufficient to write all of the things I like, I might just share three of them that I think are most impactful for me. Firstly, I admire all the professors I had the experience to study from. For me, they made complex materials easier to learn: from the syllabus, accessibility to materials, to the organization of information in their PowerPoint presentations, all of them seem like really well thought out. Moreover, the power gap between the students and the professors is narrow and this makes the classes more democratic and less stressful. I could even ask for their office hours to have a 1-on-1 conversation with them.

Second of all, as Yonsei University accepts most foreign students in Korea compared to other universities, I got the chance to have a global experience. So far, besides South Korea, I had made friends or at least learn from students that are coming from countries like the United States, United Kingdom, Italy, Japan, Germany, Switzerland, Canada, China, Hong Kong, Belgium, Timor-Leste, India, Uzbekistan, and more. It opened my eyes and encouraged me to learn more about the diversity of culture and values of each country. It makes class discussions more exciting as a single topic could apply differently in different countries.

Lastly, I really like the infrastructure of the university. The buildings are so beautiful and many facilities make staying at the university comfortable–we have 24-hour study rooms, super fast printers everywhere, and there are even certain spots to take power naps! Not just the physical, the digital infrastructure is so developed as well. I can get access to high-quality sources of information so easily from the e-library. They also have this website called LearnUs which is an online classroom where all the reading materials and class announcements are organized neatly. There, we can communicate with our professors and classmates without the hardship of finding their contacts. For certain classes, I can just tap my card near the door for my attendance. It’s simple but convenient since the professors don’t have to waste time making sure that each student is in the class by calling their names one by one. 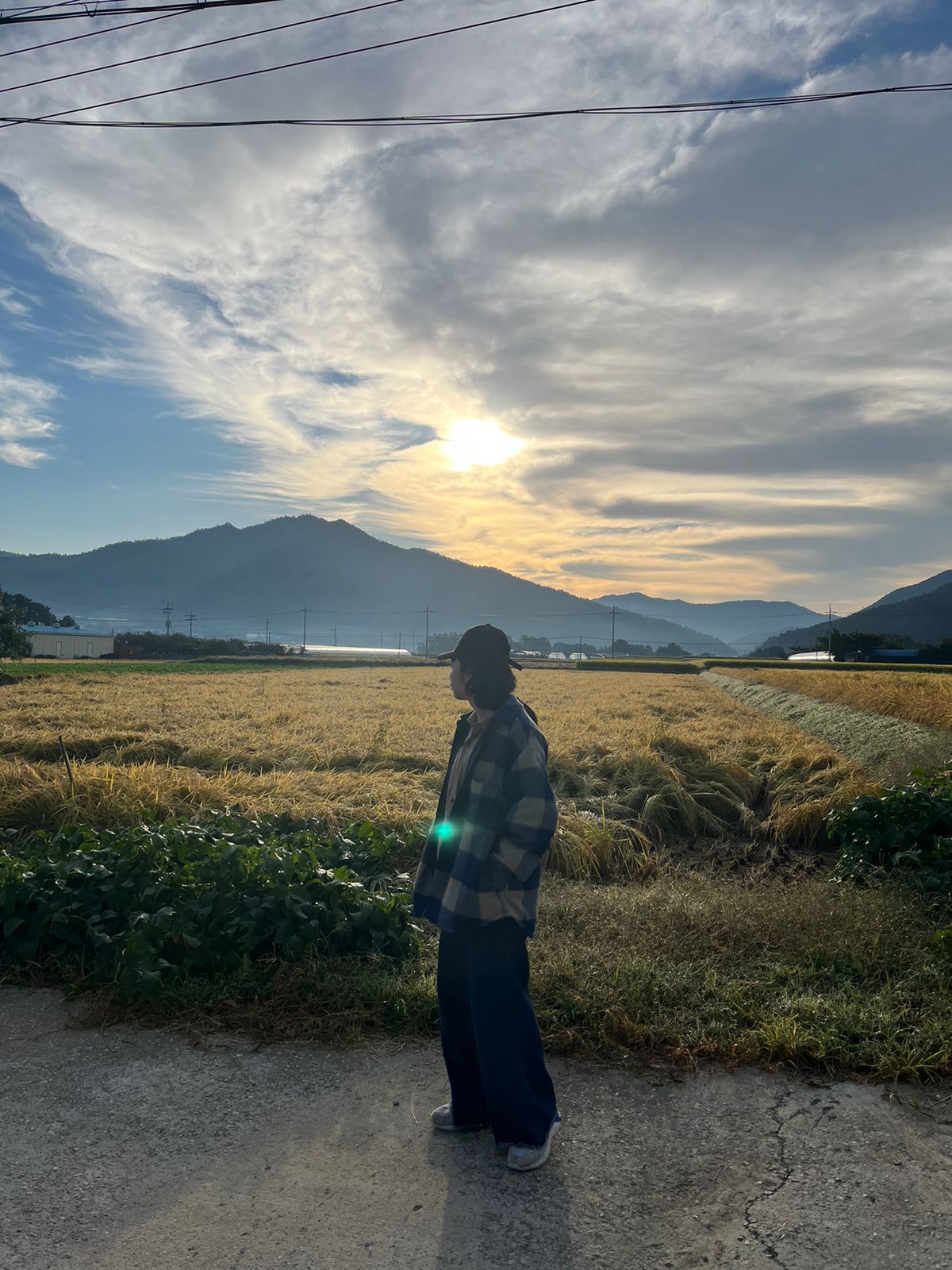 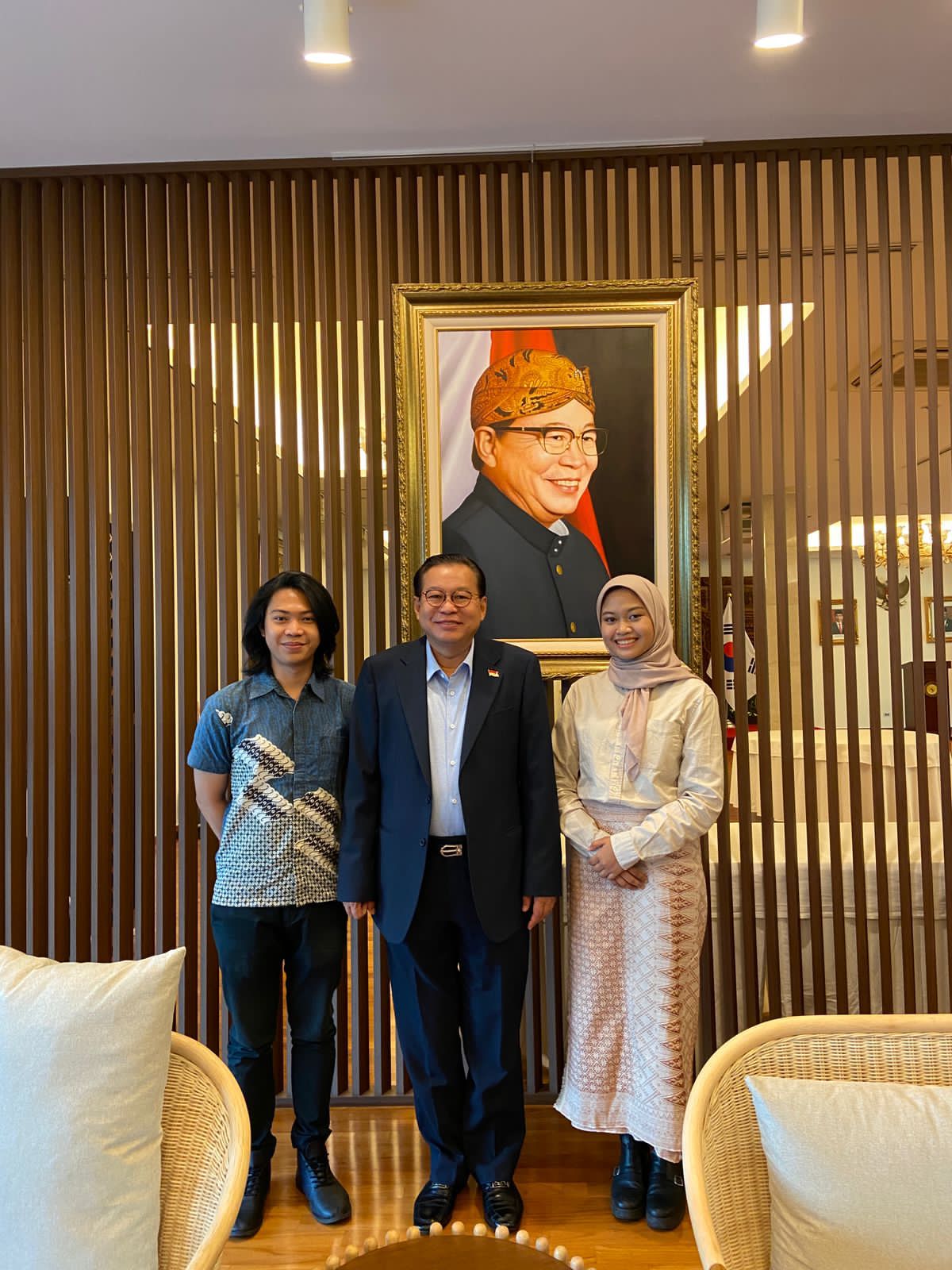 Beyond the Standard Definition of ‘Successful Student’

As I became less conservative on my schedule, I open myself to many experiences other than just necessarily studying. For example, I got to be hired as a social media supporter for one of Korea’s tourism programs which let me visit many cities and tourist attractions in the country for free­. I also got an opportunity to be a student apprentice at a Korean startup where I learn a little about the working culture here. I even had the chance to have a conversation with Mr. Gandi Sulistiyanto, the Indonesia Ambassador to South Korea, in his office. It’s not an exaggeration to say that living here has been a life-changing experience for me. I learned so many things: from how to dress better and to take care of my skin, how to appreciate Southeast Asia and Indonesia–where I’m coming from–even more, and on a more practical side, I know how to conduct market research and calculate compound interest now, thanks to the professors!

All of the things I mentioned above wouldn’t happen, and this article wouldn’t even be written if in the first place I wasn’t brave enough to stand against the standard definition of a ‘successful student’ which include characteristics like graduating ‘on time’–fourth year at the maximum. It somehow sounds scary to graduate beyond that, people say it’s ‘not ideal’ because you wouldn’t get the cum laude certificate even though you have a GPA above 3.5/4.0 and you will be ‘falling behind’ your peers that will get the job sooner than you. Turns out, there are actually so many scenarios of successful stories and everyone can write it with their own unique experience, accordingly

As I’m writing this now at the study space in Yonsei School of Business, I could see that tree leaves are starting to yellow, signifying that autumn has started. This means I have another three months left here. I’m excited to make the best out of the time I have left. To learn more. To live more. 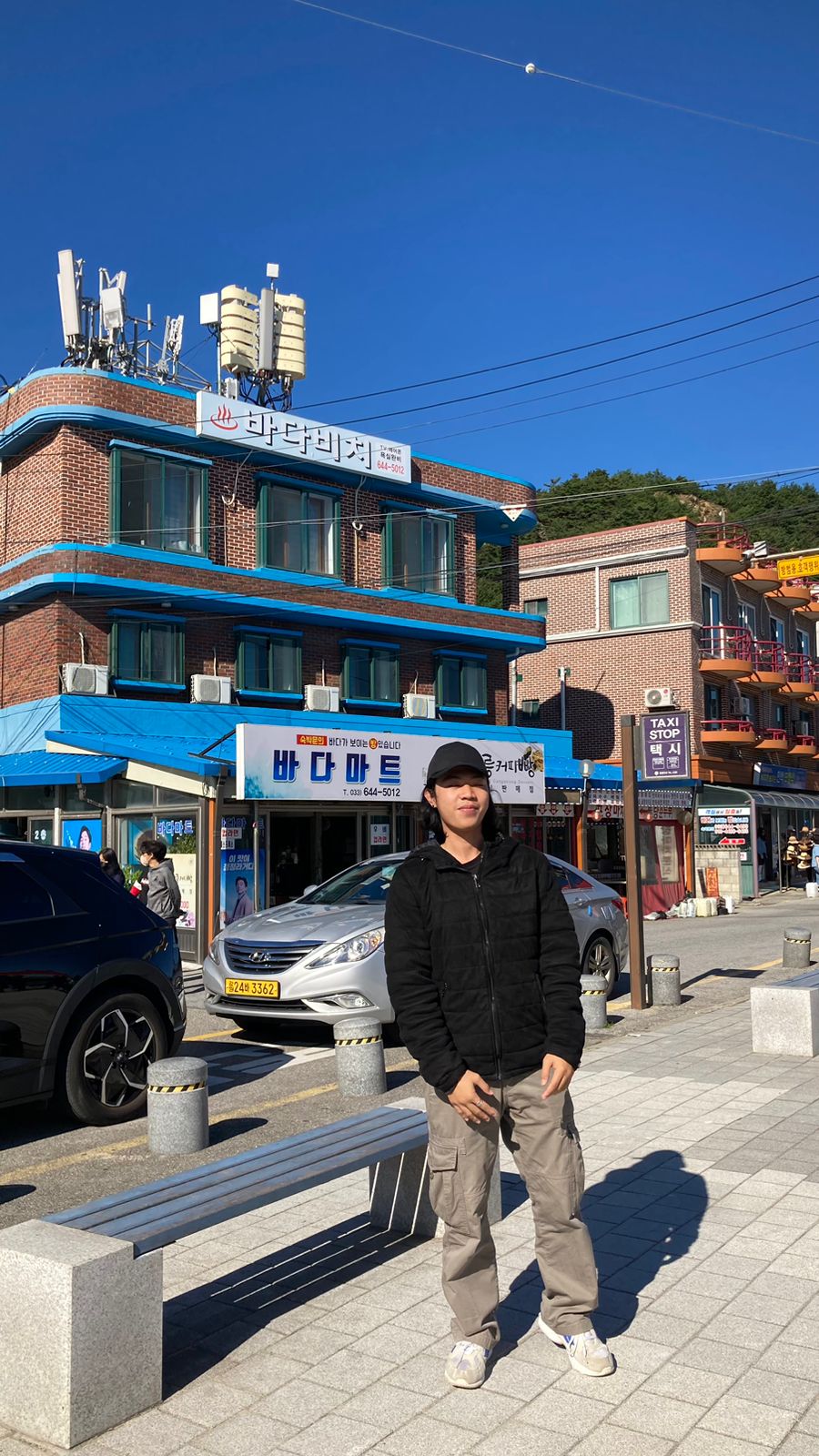 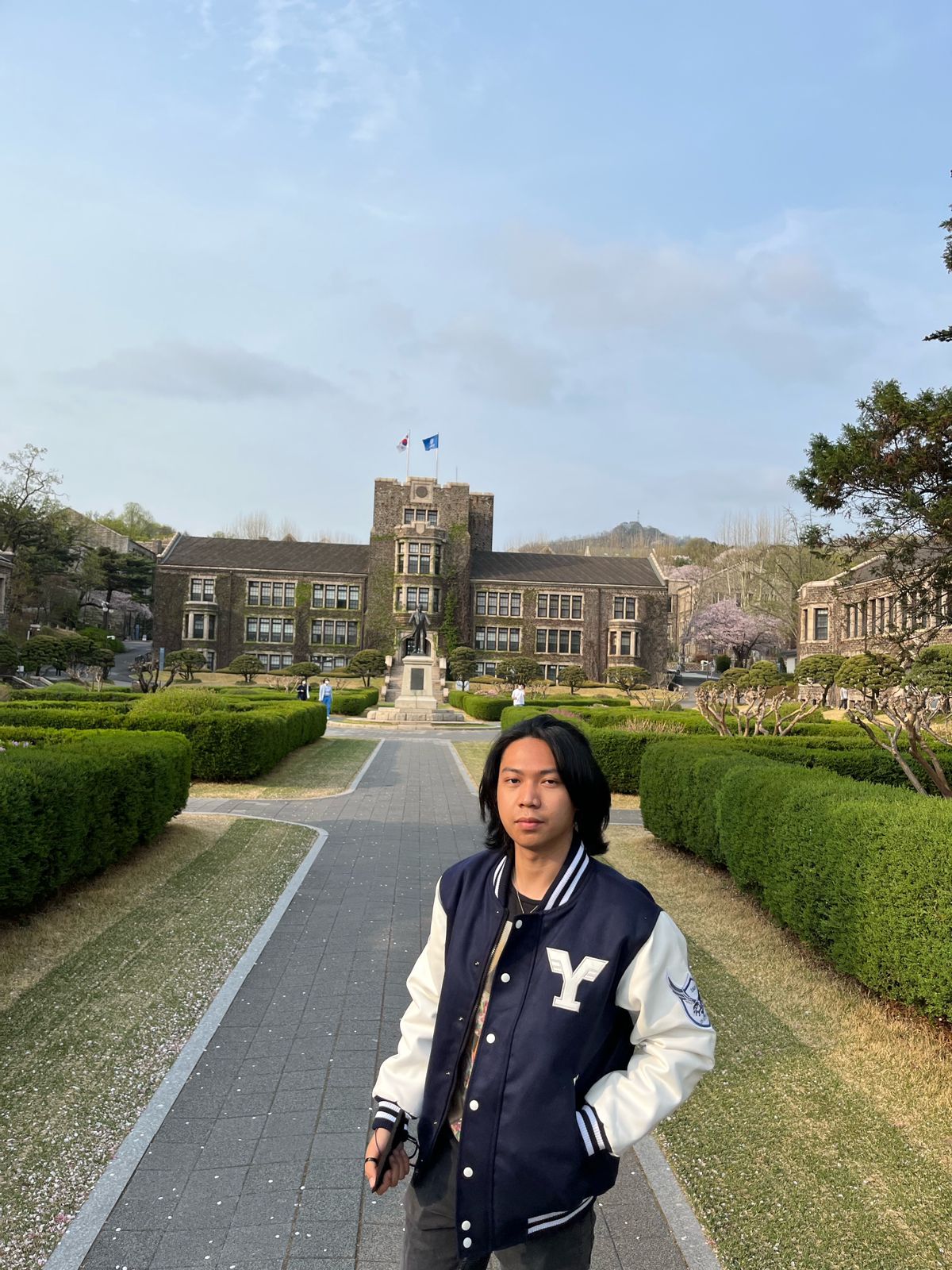