International Students and Their Thoughts on Studying in Indonesia

International Students and Their Thoughts on Studying in Indonesia 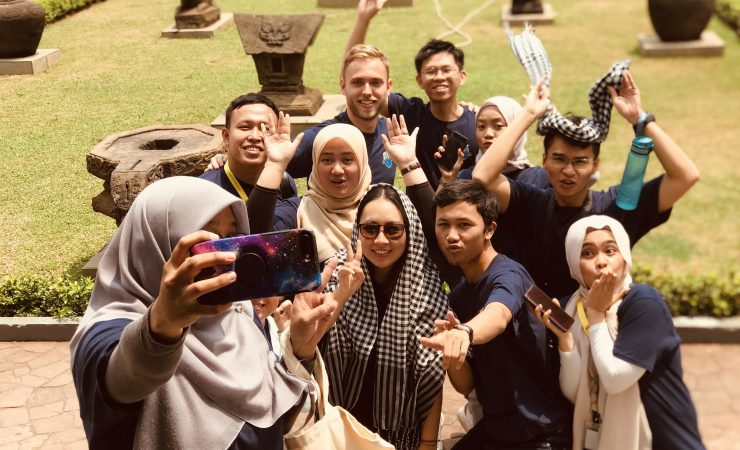 Going to another country for university, whether it is for a semester-long exchange program or for a full degree, is always a challenging and sometimes scary endeavor. Nevertheless, this is the decision of many students who intend on experiencing new cultures or want to embark on an academic undertaking outside of their comfort zones – and they usually end up choosing universities that they deem are high-quality or representative of the country they are going to. This is part of the reason why now Universitas Indonesia receives a considerable amount of foreign students each year. In particular, this academic year there are more than 200 students from a variety of countries. Many of these students come from different parts of the world, including Eastern Asia (Korea and Japan), Europe (The Netherlands, Germany, France, etc), Southeast Asia, and Oceania among a few other outliers.

After arriving in Indonesia, there are a number of immigration hurdles that the foreign students have to go through. This is perhaps, the trickiest part of their initial adjustment to Indonesia due to the amount of steps involved. They have to ensure their place of stay in order to procure a domicile letter from their designated RT and RW, and they have to process an ITAS at the immigration office sometime after arrival. On top of this, there is also the university registration and orientation that they must attend.

However, after settling in, their experience usually changes. According to one Japanese exchange student, his first impressions of Indonesia during his first week was being surprised of the pollution that pervaded the whole city of Jakarta since it was a huge contrast to his country. Nevertheless, he remarked that the people around him were very kind and accommodating and that was a positive point. This is a common reaction among many of the exchange students – that they are met with warm welcomes and enjoy the company of their Indonesian peers. As for how they feel about the educational system in Universitas Indonesia and in Indonesia in general, one Economics student from the Netherlands expressed that it was very different from his original university in that he feels the lecturers give a considerable amount of work in contrast to the amount that they have taught, which requires more independent learning. He also felt that there could be better communication between the lecturers and the students because sometimes the tasks given could be confusing. Of course, this is only one perspective and there is no doubt that other international students from other countries can feel differently as everything is relative to the education they have received in their home country. For example, the aforementioned student from the Netherlands said that back in Groningen, attendance was not taken and the lecture slides would often get uploaded online where they would be easily accessed. Some may prefer this style of teaching, while others may choose a stricter learning regimen. All in all, while foreign students may experience some difficulties adjusting to their academic life in Indonesia, the local people, students, and staff around them help greatly by virtue of their willingness to always lend a hand whenever it is needed.